Can you Sell an Inherited House Before Probate in Dutchess & Putnam Counties?

Find out whether you can or can't sell an inherited house before probate is finalized in NY.

Selling a House Before Probate

Often, people find themselves looking for information about how to sell an inherited house in Dutchess or Putnam County. This is because they're named as the beneficiary of a house under the terms of a Will or have been named as executor in the Will being offered for Probate.

Can You Sell an Inherited House Before Probate?

Individuals who have inherited a home often can’t or don’t want to keep it. It could be their parent’s home where both parents are now deceased. One option is to put the house on the market but the question is, "can you sell a house before the Will is probated?"

If a Will exists, it will typically name a particular person to serve as the executor of the estate. The executor has the authority and the obligation to see that the property of the decedent is distributed according to the terms of the Will. In order for the executor to have such authority, however, the Will must be Probated by the Surrogate’s Court.

Individuals who are the beneficiary of a house under the terms of a Will may not realize that the Will has to go through a probate process before they can receive or sell the house. Such individuals may want to to put the house on the market for sale. It is important to understand, however, the Will must be Probated, and an individual appointed as the executor, before they can do so. Most experienced Real Estate Brokers understand this but it is important for everyone to know that trying to sell a house to which the decedent owner has left to someone under the terms of a Will is not legal and can result in even greater delay in selling the property . Probate is the process by which the Surrogate’s Court in New York determines that the proposed Will of the decedent is indeed the Last Will and Testament of the decedent and reflects his or her own uninfluenced intentions.

Can You Sell an Inherited House Going Through Probate?

The next question that often is raised is can you sell a house that is already going through probate?

As stated above,  selling a house before probate of the Will is not allowed in many states, including New York. It is important to know the laws of the state in which the house exists or to speak to an attorney before entering into a contract to sell or purchase real property.

Getting a property appraisal

The process of having a Will Probated by a Surrogate’s Court starts with the submission of a Petition. An attorney should be consulted to prepare and submit a Petition for Probate. An attorney will be able to request the Surrogate’s Court to appoint someone with the authority to sell the decedent’s real property before the Will is Probated. A sale before the Petition is submitted will not be considered valid when there is a Will.

Putting the house on the market

Potential buyers should be told that a sale can only be finalized after the court has appointed an executor with authority to conduct the sale.

In New York, it is usually not necessary for the Surrogate’s Court to confirm the terms of the sale, but when there is a Will the Court must appoint an executor with the authority to sell.

The public must be informed about the sale that has taken place during the probate period. This is done by running an ad about this in the local newspaper.

Can an Executor Sell an Inherited House Before Probate?

Individuals who are appointed by the Surrogate’s Court as an executor may have to deal with different types of property.

They first have to understand their role as executor.

Being an executor doesn’t mean that they will inherit any of the decedent’s property.

In most cases probate is needed. If so then the executor or executrix must attend to this either doing it himself or retaining a lawyer to do it.

One of the questions raised by an individual with this responsibility is, "can an executor sell an inherited house before probate?"

In many cases the beneficiaries of the house under the terms of the Will want the house sold quickly so they can receive the proceeds of sale.

In NY, however, it is necessary for the Will to be admitted to Probate and the executed named thereunder to be appointed by the Surrogate’s Court before that executor will have the authority to sell any real property owned by the decedent. In most cases, the executor does not have to request permission to sell the house from the Surrogate’s Court, but he or she must first be appointed as executor by the Court.

Anyone wishing to sell inherited real property, whether they are entitled to such property under the terms of a Will or as an heir of a decedent who died without a Will, has the option of selling the inherited house to a “Cash House Buying Company rather than listing it with a real estate broker. You won’t have to worry about any repairs, you save thousands on real estate broker commission costs and you can receive a no-obligation cash offer quickly.

Bob Will Buy It! gives you a cash offer and you can close whenever works best for you.

If you need to sell your Dutchess or Putnam area house quickly and would like to get a no-obligation cash offer, call us now at 845-846-7653. Whether you decide to sell your house to us or not, we would like to help answer questions you might have about the process.

Avoid a Stressful and Emotional Clean-out

One of the psychically challenging and gut-wrenchingly emotional things about selling an inhered house is going through your relative's things. You can't keep everything, so you're forced to throw a lot of their stuff. It feels terrible to throw in the dumpster items that were precious to your relative. And... it's hard physical work to. Often there are multiple dumpster's of things to be thrown out. Up and down stairs carrying heavy box after box. It's a long and painful process.

I can save you a lot of that pain. When I buy your house, you simply take the items that are important to you and LEAVE THE REST. My wife and I will sort through it all will pick out anything that can be donated. Clothes, pots, pans, furniture, all kinds of items are needed, here, locally, by charities for the people and animals they help.

Get a Cash Offer Quickly

Our customers often appreciate our no-pressure, empathetic, approach. You won't get a hard sell with us. If the offer we make to buy your house doesn't work for you, you don't have to accept it. No charge. No fees.

We'd love to talk to you today about the house and your situation. We're here to help even if you decide not to sell your house.

Give us a call at 845-846-SOLD or fill out the form below to get started. We look forward to talking with you. 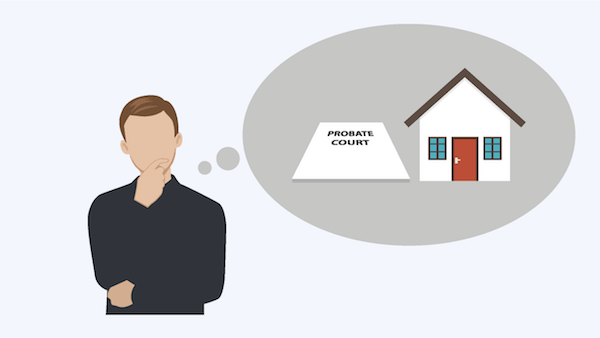 Can you sell an inherited house before probate is finalized in Dutchess & Putnam Counties?