It’s my goal to make selling your house the easiest, smoothest and stress free transaction possible. Here’s some folks who were thrilled with choosing to have me buy their house.

My father had been in his house 50+ years, it would have required several big projects to get the house ready for a regular sale. We reached out to Bob … he came out to look at the house and explained the whole process in detail to my Dad. The house needed a lot of work, my Dad accepted Bob’s offer. As the closing date got closer, a few problems popped up – Bob worked to find solutions that ended up having minimal impact on my Dad. Without Bob’s involvement, selling the house would have been overwhelming. Dealing with Bob ended up being a great decision and it allowed my Dad to sell without taking on any extra work or worries. A great experience.

After meeting Bob, I was convinced that he was the right person to sell to. As his website states, we spoke on the phone, set up a time for him to inspect the house and within days he provided a very fair cash offer. [2 Years Later…] Not only was he still willing to purchase our house but he also offered us substantially more money because the market had improved since his initial evaluation! He didn’t need to do that! We entered into a contract and closed within a few weeks on our time frame!

The Deal: Looking to get the heck away from New York taxes, Rankin turned to me for help. He wanted out… now!… but the house that he had been renting out had a lot of overdue repairs. Not wanting to deal with that or wait any longer than necessary, I purchased his house, assumed all needed repairs, and gave him the cash he needed to move to a more tax-friendly state.

The Deal: Falling behind on taxes. Overwhelmed with needed repairs. They just wanted out and retire someplace affordable with some money in their pocket. There were numerous challenges with this deal, and I worked with the seller creatively to overcome all of them (when others were saying “impossible”) and was able to give the seller just what they needed.

It was just easier

The Deal: Hal’s house would have sold perfectly well using an agent, BUT… getting the house empty and prepared for market, and then to have hordes of people coming through… was just too overwhelming to think about. He was thrilled with my “take what you want and leave the rest behind” policy. I purchased his house and Poughkeepsie condo in just a few weeks.

Cash for Mom to afford a safe place

The Deal: Her mom was fiercely independent, yet she couldn’t keep her house in safe and usable condition. I was able to buy her house and with the net proceeds, she was able to move into a place that was safe and manageable.

The Deal: Four sisters needed to sell their parent’s house that could not be sold using a real estate agent. I was able to cut through the hurdles and made it a smooth transaction for them.

The Deal: I gave Larry an offer to purchase his house with the usual “I’ll buy it when you’re ready”. Two years passed as he and his family searched for the perfect home to move up to. When they found it, I reviewed the market conditions and I was able to surprise them with a significantly higher offer.

We owned a house that needed renovations. The choices were to stay and renovate or sell and move on. We liked the house but didn’t want to live through months of renovation only to have a house that was too small for our needs. We considered moving on, however trying to coordinate a purchase along with the sale of our current home was difficult, especially with the state of the real estate market. Then I heard about Bob Chieffo.

As his website states, we spoke on the phone, set up a time for him to inspect the house and within days he provided a very fair cash offer. After meeting Bob, I was convinced that he was the right person to sell to. However, we were unable to find a suitable house and close the deal for almost two years. Bob and I kept in touch during that time, but there was never any pressure for us to sell. It was comforting to know that Bob was there, willing and ready to purchase our house.

When we finally found the right house at the right price I contacted Bob to ensure he was still on board. Not only was he still willing to purchase our house but he also offered us substantially more money because the market had improved since his initial evaluation! He didn’t need to do that! We entered into a contract and closed within a few weeks on our time frame!

If you have a house that needs work, need a quick sale or if you just don’t want the hassle of juggling a sale and a purchase, then I highly recommend that you contact Bob Chieffo.

Responsive to all questions and concerns.

I bought a house that had been rehabbed by Bob. It is simply beautiful! Looks brand new and very tastefully done. A lot of concern was evident for convenience as well as aesthetics. I had a few minor issues which he addressed immediately. Very easy to work with and responsive to all questions and concerns. I would recommend him heartily. 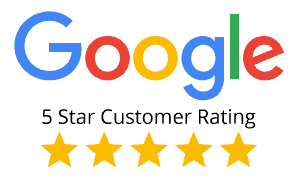